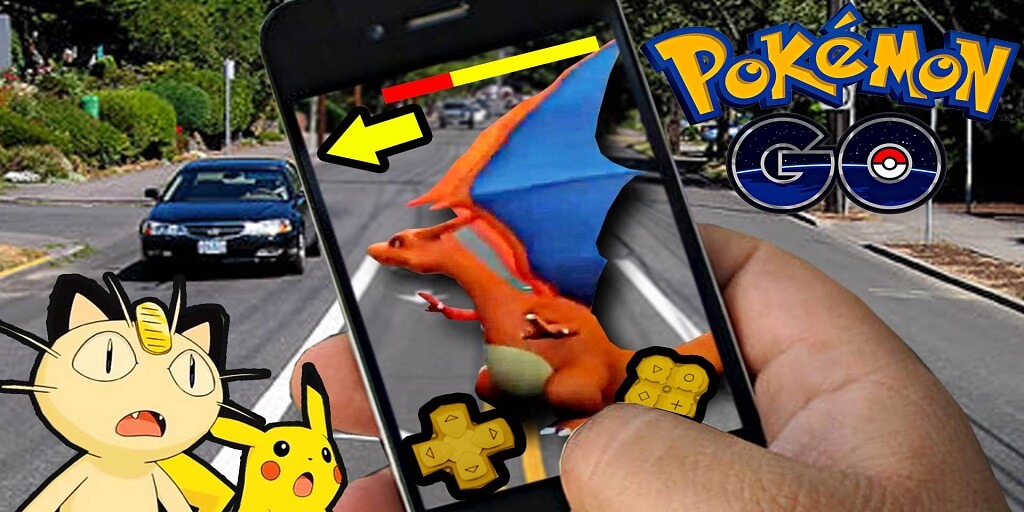 What is pokemon GO?

If you ask anybody over forty they’ll probably say- “It’s a mobile application which kids use to kill time and opportunity.”

Well not really, Pokémon GO has already become the most popular gaming app of all time and the most downloaded gaming app on various app stores. It was installed on 5.16% on all Android mobile devices (trust me that’s a lot) in just 2 days.  It is estimated that Nintendo  earned about $4.9 to $5.9 million on the first day of it’s launch. It has added a staggering $7.5 billion to Nintendo’s market value.

All you need to do to see this in action is to go out and observe and you will find many if not all members belonging to the young demographic using this app. It has evolved from an application to a sort of phenomenon and everybody could and should learn from the colossal success of Pokémon GO.

How did this phenomenon came to be? One of the reasons is the introduction of augmented reality.

And that’s where lies it’s secret to success, it integrated itself with its user’s life blurring the lines between what’s virtual and real making a new hybrid reality.

And that’s exactly what a project management software should learn from Pokémon GO.

Not mixing the virtual and the real world of course but integrating user’s project management space to his workspace to a limit where they are one and the same thing.

The statement above doesn’t make sense, let me explain.

A ideal user today uses a project management software for solely his/her’s project management needs. He uses another set of tools to do his actual work, this might include excel sheet, word document or any other tools which helps him in completing his part in the project. These tools make up his workspace. There may be the inclusion of field visits outside office as well.

Both of these components are separate and require additional cost, time and effort to maintain. Which cumulatively increases the time, cost and effort of the project in it’s entirety. Therefore the user and the organisation would benefit exponentially if both of these components were part of the same system or were tightly integrated. This would decrease the project management effort which is the sole reason to use project management in the first place.

Just think how easy it would be if you manage your work and do your work at the same place. How simple will it make the user’s work if he could view his current task, track time, monitor the project progress and do his actual work all at the same place. So in the name of efficiency let’s learn from Pokémon GO and strive for a better project management software.

And in the meantime go out and catch’em all.

If you are interested in participating in operations management, your pr…